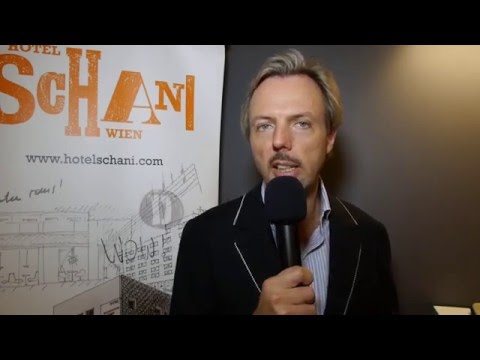 HTMLCOIN: The “Little Guy” that isn’t Giving Up

HTMLCOIN: The “Little Guy” that isn’t Giving Up
By Rich Chambers, B.A., M.A. Director of Publications The Htmlcoin Foundation
I live on the east coast of the United States. I am a family man. I suppose you could call cryptocurrency a hobby, a small one mind you, but still a hobby that I am interested in.
My old boss (back in 2013) was very into Bitcoin and, to a lesser degree, Litecoin and Dogecoin. When he talked about all of this stuff, I was clueless. Still, his interest in it, and his constant quoting of the price of bitcoin, was enough to at least pique my interest.
It was less of an “ah-ha” moment and more of a "wow, this stuff is everywhere" moment. I realized pretty quickly that everybody was making their own coins. I also realized that I had no idea how to acquire these coins. I didn’t have any of the required software or hardware to make it work. So, I quickly learned about mining and pools, and started using available desktops (legally, don't worry) to start mining scrypt coins.
If I had to be totally honest, as a dabbler in this stuff, it still mystifies me. At the most basic level, I understand the block-chain to be a "public ledger" of private payments. I don't know if it has changed the world yet, but it surely isn't going away any time soon. If we suggest that BTC is the "proof of concept" for all this, then that's one hell of a concept--$4000+ for one coin.
It will benefit people in a couple ways. Firstly, it decentralizes currency. I can pay a person in China and there's no "Well, how much is that in their currency?" taking place. No calculations are necessary. It is worth the same everywhere. Secondly, there's almost no limit. I don't mean in regard to the number of coins, but to the possibilities. All it will take to make HTMLCOIN valuable is for people to simply accept that it is. If you sell stuff and charge HTMLCOIN for it, you clearly think it's valuable. In turn, if I hold or have the coin, I probably think the same. You can set the price; I can pay it. As with almost any market, the people will decide. In this case, the product is the currency itself.
HTMLCOIN was literally just on the list of "new scrypt coins" that I saw one day on the Bitcoin Talk forums a few years ago. By the time I found it, I had already purchased a few dualminer USB dongles that were churning out 70kh/s. They were supposed to do the sha-256 algorithm, but I could never get that to work. Alas, I digress. Still, with a handful of these USB miners and the desktops still doing their thing, I was getting 1-2 million HTMLCOINS per day. It didn’t matter to me if they were ever going to be worth anything. I just liked seeing the big numbers…lol.
I initially joined the community at large because I was interested in seeing opinions of the coin. Back in the early days, they weren't very flattering, but that was to be expected amidst the endless "hey, here's a new coin that will ultimately go bust” attitudes.
My early mining days were almost comical. I was amassing so many coins. But here is where HTMLCOIN was a huge benefit for me. Because it was so easy to acquire and people were literally “giving” it away, I had no fear trading it in large quantities for other coins (namely Dogecoin). It didn't matter, millions more were coming. I could get Dogecoin and then buy back some more HTMLCOIN at a much lower cost. Essentially, I was trading back and forth and increasing quantities of both coins. All the while, I was learning more about the cryptocurrency market and HTMLCOIN.
Honestly, the community is what I find to be the most inspiring aspect of HTMLCOIN. In order for a cryptocoin to thrive, there has to be an enthusiastic community. If there aren't people behind it, it will die. I have watched this happen to so many coins that had so many initial cheerleaders but no true community commitment. Watching the HTMLCOIN community never give up on the coin, and working to continually improve it, might be one for the books. :-)
If HTMLCOIN ever hits even 1¢ in USD, some people might find themselves "accidental millionaires."
I have been a supporter of HTMLCOIN since I first discovered it. Amando has been quite the promoter of this coin since the beginning. I have always felt like he has been nothing but sincere in his push for the coin. And honestly, if he was not sincere, the coin would have disappeared in 2014 or 2015. But here we are in the latter half of 2017.The coin is still here and trading at the best price I've seen. I'm not going anywhere.
Keep doing what you're doing HTMLCOIN. Keep defying the odds and all your detractors. I think it's refreshing to see that the "little guy" isn't giving up.
Respondent: Bitcoin Talk user id: DoofyMusic

Robert “BitRebel” Tiger Director Of Digital Media / Managing Partner @ COINSTATUS.ORG (928)278-1144 [email protected] Summary: Robert also know in cryptocurrency and blockchain related communities as “BitRebel” and is considered a pioneer or an early adopter of Bitcoin as well as other cryptocurrencies and other various types of blockchain related applications… Bitcoin.com is not responsible for any of the ICO's posted or promoted on this forum. Users are responsible for their own safety and security on any link they choose to click on, or external site they wish to engage with. None of the ICO's linked anywhere on this forum are endorsed by Bitcoin.com; users must do their own due diligence on any company / site linked to within this forum. 1 post ... The Forum Forum Support The Suggestion Box Wiki Discussions Gambling Off-Topic Politics & Society Referral Links; Bitcoin.com Services Bitcoin Basics Wallet Pool Explorer Faucet Tools local.bitcoin.com; World Arabic Australia български (Bulgarian) Bahasa Indonesia Mining Altcoins 中文 Croatian Danske Deutsch Presse Blockchain and Bitcoin technology emerge together with an idea of its founder, Satoshi Nakamoto who is the person or group of people who create the protocol and reference software; from that moment everything went so... News / News that strengthen the Bitcoin. August 17, 2016. World Economic Forum talks about Bitcoin. The World Economic Forum (WEF) is a nonprofit organization that seeks to ... SALT LAKE CITY, Oct. 22, 2020 /PRNewswire/ -- Health Catalyst, Inc. ("Health Catalyst," Nasdaq: HCAT), a leading provider of data and analytics technology and services to healthcare organizations ...