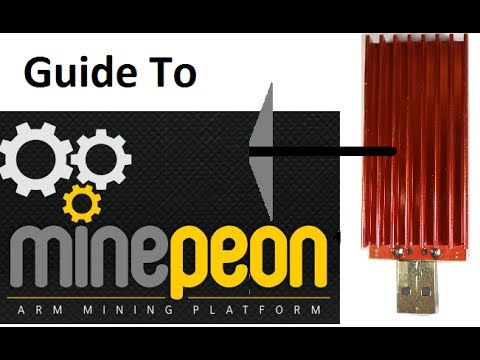 To arms Bitcoin community! Help us to complete this mining installation for the Zürich MoneyMuseum. We are not asking for funds. Only your expertise needed! 20$ tip if you give us the relevant clue to solve or mitigate our main problem. Nice pictures of the exhibition inside as well…

Edit:
A big thank you to all people who helped us we can now mine true pps with diff1! The people in this thread which have helped most have been awarded. I want to mention also the operator of btcmp.com denis2342 and Luke-Jr.
Actually looking at the miner screen in the Linux terminal helped a lot ;-). The pool constantly resigned to stratum with variable difficulty. We can now mine true pps with diff1. Getwork with long polling seems to be default after disabling stratum...
We will probably post again, when there is a video of the installation in action...
Again many thanks. Learned a lot.
Edit:
 First of all, let me tell you that the Bitcoin Exhibition at the Zürich MoneyMuseum is most likely the biggest and most diverse of it’s kind. Please read more about the museum and the exhibition below.
Help us solve the following problem we experience with our “Muscle Powered Proof of Work” installation:
Me and a friend have invested a lot of time to build an installation for the Museum. It is basically a 10GHash/s miner and RapberryPi which is powered by a hand generator (Maxon DC motor with planetary gear). Here are some pictures of the installation, although not entirely put together yet. There are still some changes planned.
https://www.dropbox.com/sh/0qcvl3wu4romhnt/AAAYF08lnVAy6W6KEepE7e2Ua?dl=0
Now let’s get to the core of our problem:
We are mining at the getwork diff1 pool btcmp.com as it is a true pps pool with getwork diff1. The visitors in the museum can power the generator for 2-3min and see directly how many Satoshis the "network" (actually pool but we don't want to confuse the visitors to much at that point) has given the museum for their work. This all works well so far but one problem remains. Sometimes the pool does not get a share from us for more than 40 seconds or even more than 60 in some cases. I have calculated that with 8.4 GHash/s we should find a share about every 0.5 seconds in average (diff1). I think when the pool gets a share it gets all the hashes as it then accounts for several Satoshis. Statistically we get per minute what we should get in theory. We would very much like to lower the time between the accepted shares by the pool, however. This would help to make the overall experience much smoother for the visitors.
Please look at this screenshot from MinePeon and answer some questions:
https://www.dropbox.com/s/lb1jei4trc9kqe5/MinePeonScreenshot.png?dl=0
We see that we get a lot of diff1 hashes. However, only 11 shares/packages have been accepted. The Is there a possibility to set the miner SW so it submits to the pool as soon as a share is found? It seems to send them in packages which sometimes have 4-5 seconds in between but sometimes a much as 80 seconds. I would like to submit packages of hashes much more often. How can this be influenced?
What exactly are the Getworks (GW)?
What exactly are the Accepted ones (Acc)? This is where the TipBounty is. Help us to get a better Acc/diff1 ratio. Best would be 1:1.
What exactly are the rejected ones (Rej)?
What exactly are the discarded ones (Disc)?
What exactly are the difficulty one hashes (diff1)?
Now some of these questions seem very very basic but it is important for us to understand what these are and how we can influence these. We have a 1:1 correlation between the Acc and the pool side acknowledgement of shares/packages. So whenever the MinePeon shows one more for this value the pool value for last submitted share goes to “moments ago”.
Does the miner SW have a setting where we can set after how many diff1 hashes a package of hashes is sent to the pool? If no, do you have another idea why so few are sent? Ideally we would set it so the diff1 hashes are sent every 5 seconds or so, probably even more often.
Is stratum with fixed diff1 possible? If so, would it be better to use stratum?
Are there critical settings if we should know of? (we have tried --request-diff and --no-submit-stale)
We are using BFGMiner on MinePeon if that matters. We could switch to CGMiner if that would help. Any help is very much appreciated. The museum is doing a great job explaining Bitcoin basics. We had special focus on interactive learning and have several things to underline this.
I hope to hear back from you so we can improve our installation. Please don't hesitate to ask if you have further questions. We are both not mining experts.
Thanks for reading and AMA.
SimonBelmond
 Current features of the Bitcoin exhibition at the Zürich MoneyMuseum:
Current Features:
I see this as a good opportunity for Bitcoin, so let’s embrace it. I am especially excited to compare the traditional forms of money which used proof of work to the new money which also uses proof of work. I think in that context it will be much easier for the visitors to value this concept.
A lot of schools and other groups book guided tours at the museum. It is open on every Friday from December 05. On. Entry is free of charge.
Edit:Markdown, typos

A handful of some odd Raspberry Pi Distros.

Here are a few I've come across trying to do something different with my pi. You wouldn't normally have these installed on your raspberry pi but a few that have piqued my interest because of specific things I wanted my pi to do.
Any other weird ones you've come across?

Butterfly labs 60GHs Single SC in hand in Melbourne/Eastern suburbs - This is NOT a pre-order! Ordered in September 2012 and was delivered September 2013. Last of the few early pre-orders which got the upgrade from 50GH to 60GH.
Butterfly labs offer a Lifetime warranty for all their products, it covers manufacture defects and component failure.
Included:
I'm based in the Eastern suburbs and would prefer to meet in public anywhere in Eastern suburbs or Melbourne or surrounding areas. I'm available most business days and weekends. Please message me to arange a place and time, payment in cash.
I will also include in this sale a Raspberry Pi loaded and ready to mine with the miner. No USB hub required, just plug it in, turn it on, and it will begin mining bitcoins. Very easy and no need to leave your computer on this way which also saves power.
Also included:
This is my current setup and has been working very well. You won't need anything else to start mining.
This is NOT a pre-order! This BFL ASIC is currently hashing away in Melbourne, don't waste anymore time waiting, get it today! I will try my best to deliver in person same day or next day.

I am selling a 6 Gh/s Bitcoin and SHA-256 altcoin mining rig. This comes with 3x Antminer U1s over clocked to 2 Gh/s, Arctic Breeze Usb Fan, 10 port powered usb hub, Raspberry Pi Preloaded with Minepeon ( More Info about that here http://minepeon.com/index.php/Main_Page ) a 8 GB SD card, and a Hard Shell case for the Raspberry Pi (Instronctions on how to set it up are in the box). It is in perfect condition and works great. If you want you can upgrade the hash rate by simply adding more miners or even faster miners. if you have anymore questions comment below!
Pics http://i.cubeupload.com/mQPeR6.jpg http://i.cubeupload.com/wKkSZp.jpg http://i.cubeupload.com/oB5vKB.jpg
Price = 350000 DOGE + Shipping
I accept Bitcoin Dogecoin and Paypal.
(I dont have many stats to display as I am new to Reddit)

Hello Fellow Shibes!
I Am wondering if i can mine doge with my raspberry pi, a power strip, a scrypt miner and a sd card.
I know it can be done i just dont know what OS to use ive heard to use minepeon but i think thats for bitcoin.
Anyway thanks Shibes. -jdp8y

I've searched on forums; I've searched on Google; I've searched the Arch Wiki. I still can't find a straightforward answer that I can attempt.
I am running Arch on my Raspberry Pi. I need to do a few things.
I can get them to run just fine, but I need to do it headless as I can't run them every time the device reboots.
I do know my way around the Linux terminal.
Before you say "Why don't you switch to Raspian?", I'm using a development of Arch called Minepeon with USB Bitcoin miners.
Thanks for the help.

Buy Raspberry Pi 4 Model B 4GB: https://amzn.to/2tlBfGW How to Setup a Raspberry Pi 4 Bitcoin Mining Rig w/ Bitmain AntMiner U3: https://youtu.be/dPWTSytzN7g... I've found lots of info on how to put MinePeon on an SD card for the Raspberry Pi but very little on how to actually log into MinePeon and change your Bitcoin mining pools so I decided to make a ... Visit my Amazon store: https://www.amazon.co.uk/shop/tingawinga5 Set up Raspberry Pi to Mine BitCoin With the OS designed for it MinePeon. Get SD formatter: ... Das Bitcoin Mining ist auch mit dem Raspberry Pi möglich, man benötigt jedoch spezielle Hardware (USB Bitcoin Miner). Im Video werden die Distribution MinePeon und der Bitcoin Mining Pool BTC ... If you are feeling Generous. 1HtszptLXskCrwoVSLUeEugLB2P8S43vUL Finally got my Raspberry Pi configured to mine using my Asics. the Pi runs at 4 watts. the re...