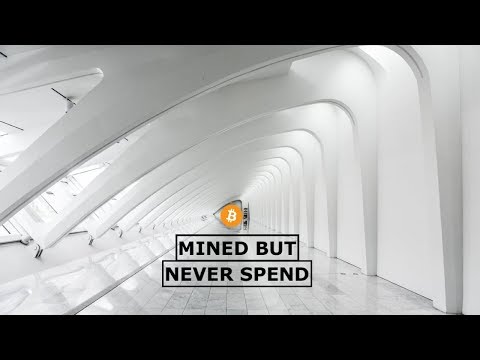 No doubt that these years were the years of Glory! Most important Years of the Technological Evolution, Revolutionizing the Payment System by eliminating third parties and banks' control upon one's capital of money. Everyone who read the White Paper when published in 2008, and afterwards researched it and understood what Bitcoin was while creating a capital waiting to be invested heavily in Bitcoin in long term means when it would be launched in 2009 on first price of 0.008, today are filthy rich in terms of US Dollars since Bitcoin is an Anti-Fiat asset class. However, not everyone might have understood Bitcoin and seen it just as another market to be traded and make money, especially seeing that Bitcoin's ROI which rose up 900% in price just 5 days after it's price lunch on various markets of exchanges. Just imagine back in the day, when with 1$ you could've literally purchased a shitload bag with Bitcoins, approx 1.200BTC's or even more.Or imagine when Bitcoin was gifted or given away on reddit and other platforms.. And look where we are now, when with 1$ U barely buy some satoshis, let alone a whole fraction or a whole Bitcoin. Look where we are now, when Bitcoin has become more of a greed game than being generous. To me, it is mindblowing what opportunities were presented for everyone who stumbled across Bitcoin back then. A time that WILL NEVER come back again, EVER. I can not comprehend the pain and regrets one might have today who knew about this at the time and did not took action. Or, the one's who just traded it due to Bitcoin's ROI in such a short term and nowadays have not what they had when first bought. Arghhh, Destiny ... I wish I were not a 7 years old kiddo when Bitcoin launched, and especially coming from a third world country when finding internet access was a luxury and impossible for poor-middle classes. Let alone mentioning the educational systems that never did any subject upon PC's education. I've been having restless and sleepless nights since I stumbled upon Bitcoin early 2020 after Covid plunged the markets, and I found Bitcoin at it's first price at around 6-7k or something. Finding me with not more than 1k in lifesaving to invest, when nearly 20% of my capital went just to get a cold storage wallet. Today, I find my self just looking on the web-world Bitcoin topics, documentaries behind it's technology, it's revolution etc etc. I feel unlucky and cursed stumbling upon Bitcoin 'so late' in terms of price and accumulation. I can never see my self owning a whole Bitcoin before 2025-2026 if what I have will be traded succesfully on the next peak to buy in lower after the next ATH deep's correction and bear market which is yet to come. And thanks to the Covid sh*t which left me unemployed from having a 250$ salary off taxes to have an income that I can invest monthly, that dream becomes even more far-fetched. I failed pursuing college to get a PHD/Diploma, or better said, I couldn't due to not having money to begin with. Now I'm stuck! I see my future being so gloomy, filled with hardships and thorns not having means of income to go on in life, creating a family or whatever. But hey, to whom am I talking to.. most of Bitcoin investors see Bitcoin to buy them a lambo, or lavish life access, while I'm standing and seeing Bitcoin as an asset that can free me from selling my time for worthless paychecks.. while I'm seeing Bitcoin as an asset which can be passed on to upcoming generations. I wonder why God didn't will for me to know about Bitcoin back than, and have an unimaginable portfolio today, when 100Bitcoin's at current price is equal to 1Million U$Dollars. An amount which could've settled all my blood relatives from the struggles of fiat money working as slaves, buying some real estate to create passive income and all this with only 50 Bitcoins, and the other 50 to be held for long term and be traded twice a year to accumulate more. I wish I was a person when with 1$ could've purchased around 1.000 Bitcoins, I have no doubt in my mind that I would've created an webpage for new Bitcoin incomers and share with them from my abundance. If anyone who read this till the end and it's an early investor up to 10$ per Bitcoin, consider sharing your wealth with your loved ones, friends who understand and want to HODL Bitcoin and to strangers the likes of me who didn't had the opportunity to do so. Afterall, when we die, we won't get any of wealth possession we might have. Cheer up for whatever U have. I have realized life's a b!tch and destiny it's a maze we will never understand from the logical point of view human beings have the ability to think of. I wish you all the best! And do not forget.. NOT YOUR KEYS, NOT YOUR COINS.

You think Bitcoin Twitter is bullish? Hal Finney (@halfin) was calculating a price of $10,000,000 per bitcoin, just ONE WEEK after the the genesis block on January 3, 2009. Absolute legend.

What if you bought bitcoin in the early days? This site gives you an insight into how much you would've earned for the price of a cup of coffee invested in bitcoin in 2009

Whale Moves Bitcoins Mined In 2009 Triggering Speculation That Satoshi Is Gearing Up To Sell (current BTC/USD price is $9,067.28)

Everyone is talking about Bitcoin Halving. Miners in 2009 received 50 BTC for mining each block but now it's going to be 6.25! We saw a huge price change after the last two halvings. Ahead of 3rd Bitcoin Halving, what is your expectations, what is going to happen?

Hall Finney Made The First Ever Bitcoin Price Prediction in 2009

People around the world are accepting Bitcoin as a peer-to-peer payment network. Some think it’s as digital gold. After 2009, it changed the Digital Currency concept. Here we gathered information about Bitcoin’s highest prices from 2009-2020! To know more about Bitcurate: https://bitcurate.com

Exclusive: The so-called “Satoshi Graph” in which the Bitcoin price is shown until 2024 appeared on Reddit tot d 2009

Complete Bitcoin Lookback - Looking back at Bitcoin prices on Jan 3rd from 2009 - 2020, we can clearly see an uptrend.

Exclusive: The so-called “Satoshi Graph” in which the Bitcoin price is shown until 2024 appeared on Reddit tot d 2009

You think Bitcoin Twitter is bullish? Hal Finney (@halfin) was calculating a price of $10,000,000 per bitcoin, just ONE WEEK after the the genesis block on January 3, 2009. Absolute legend.

Ryan X Charles on twitter: "People keep repeating "miners follow price" forgetting that in 2009 Satoshi and others mined at a loss. Miners *created* Bitcoin, and the price followed."

Bitcoin’s current value against the US dollar is of $8,165. The highest price for bitcoin since it was launched in 2009 was $19,497 in December 2017. After that spike, the price trended down to $6,603 in April 2018. Bitcoin's price is gradually rebounding, buoyed by increased demand for the digital currency in China caused by the weakening ... At the current Bitcoin Price Index of $196, those coins are now worth about $980,000. After purchasing the 5,000 bitcoins, Koch pretty much forgot about them altogether. Here at Trading Education, we take a look at the Bitcoin price history from 2009 to 2016. 2009: Bitcoin is launched. The first bitcoins were issued in January 2009 at a value of $0.00. Bitcoin was not listed with a central bank or on a publicly traded exchange, so as a decentralised currency its value, to begin with, was arbitrary. "Bitcointalk", an online forum, saw negotiations take place ... Bitcoin wurde 2009 noch auf keiner Börse gehandelt. Sein erster aufgezeichneter Preis war 2010. Technisch gesehen war Bitcoin 2009 im ersten Jahr seines Bestehens 0$ wert! Wie viel war 1 Bitcoin 2010 wert? Bitcoins Preis hat 2010 kein einziges Mal 1$ überschritten! Sein höchster Kurs für das Jahr lag bei gerade mal 0,39$! Was bestimmt den Kurs des Bitcoins? Der Kurs vom Bitcoin wird an der ... In January 2009, the bitcoin network came into existence with the release of the first open source bitcoin client and the issuance of the first bitcoins, with Satoshi Nakamoto mining the first block of bitcoins ever. Bitcoin Price History in United States Dollars (USD) Date USD : 1 BTC Notes; Jan 2009 – Mar 2010: basically none: No exchanges or market, users were mainly cryptography fans who ...